Getting You From Couch to 5k

Is there an App for that?

So you want to lose weight? What's the first thing you do? Is it strap on your trainers and head out for a run?

If it is, you're not alone.

Running is the most popular 'go to' exercise for people starting on their weight loss/healthy lifestyle journey.

The sad thing is, most new running attempts will fail at helping you lose weight.

Because the attempts don't last. They're started. But it doesn't take long before trainers are relegated to the bottom of the wardrobe, only to be dragged out again months later.

This isn't going to help you lose weight.

So, how do you stop this happening to you?

That's what I've been finding out for the past month, and a bit. I've been trying out a running programme. My first one ever.

Is running really for you?

I've said it before, and I'll probably say it again.

Enjoying what you're doing is the best way of ensuring you stick to a programme. So if running really isn't your thing, my first piece of advice would be to try something else.

Why not head over to Workout of the Month to get some ideas?

But, if you're determined to get running, and need some help to stick to a programme, you could do worse than having a goal. That is, a goal over and above weight loss.

I've been focusing on getting to 5k.

And to do that, I've hit the App Store. Because, as with most things in life these days ... running a 5k, there's an app for that.


From Couch to 5k: Which App did I Choose?

If you've ever looked for an exercise app, or a running app, you'll have noticed there's more than one.

In fact, there are hundreds.

I decided to go for 5k Runner by Fitness 22.

There wasn't any particular reason I choose this one.

It was the first one that came up. The programme looked sensible. Not too daunting. And the time required for each run was absolutely doable. Just 30 minutes.

So that's the one I went for.

I did choose the paid version rather than the free option. Ads really annoy me and have put me off using apps in the past.

5k Runner: Has it Taken Me From Couch To 5k?

The short answer is yes. And I have enjoyed using it. If you want to know the specifics, keep reading ...

What Have I liked?

Not a lot really.

From Couch to 5k: The Price 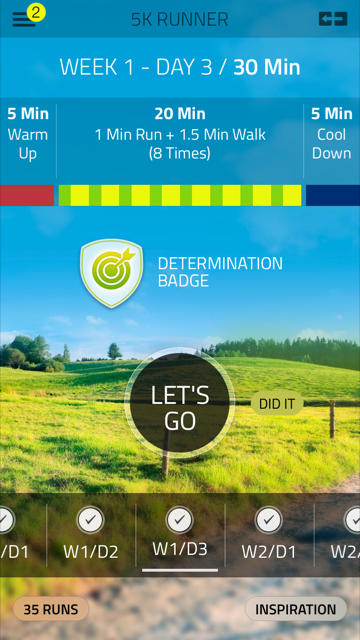 As I mentioned, I bought the paid version of the app.

It was £2.99. So about average for an app. But I still think it's really good value.

For that you get a total of 24 workouts, that you can do as many times as you want. Even after you've reached the distance goal.

The first few weeks of workouts are run/walk intervals. Which you can easily use for a bit of interval training.

Yes, it's a generic programme.

It doesn't take into account where you're running or any injuries you may have.

But if you're wanting something more personal you really shouldn't be looking for an app. And you're going to have to spend quite a bit more.


From Couch to 5k: The Workouts

Each workout has been doable and they really don't take up much time.

I won't lie, if you're just starting out and you look at weeks 6-8 you're going to be pretty daunted.

You get there gradually. Small progressions each time. So you always feel like you can do it.

Ok, I'll come clean ... there were days when I couldn't complete the whole run.

Maybe my head wasn't in it. Maybe I was a bit tired. Maybe the hill I was running up was steeper than I thought. Maybe it was the painful blister on the back of my heel.

Whatever the reason, I just couldn't quite finish it.

But, I didn't let that hold me back, or knock my confidence. I focused on the fact that I was doing something.

And even if I didn't finish the run, I was getting better each time. And yes, the next run I would nail it.


From Couch to 5k: Motivation Me 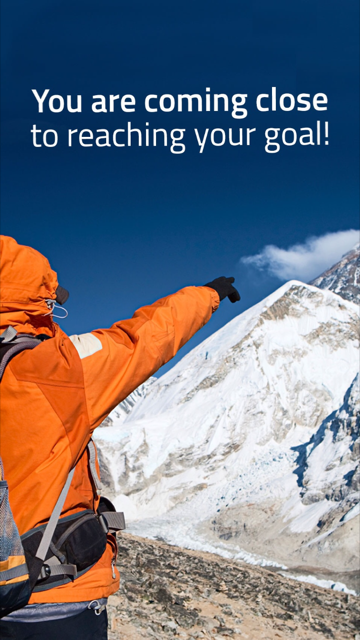 There is a setting on the app called Motivate Me.

If you're thinking 'that'll be cheesy'. You'd be right.

And you can turn it off if it's not your cup of tea.

But I've found it quite useful. The motivation seems to come just at the right time.

When I start to think about how hard it feels, and that I can't do it. The lady with an American accent pipes up with 'keep going, you're awesome' or 'you're doing great, you're nearly there'.

And it reminds me that I am awesome. And, I got this.


From Couch to 5k: The Goal

Having that goal in the back of my mind has really helped to keep me focused.

And that's what I've found most useful about this app.

It's given me a structured programme.

It's easy to see how each run fits into the overall plan and that has really helped keep me running. Even when it's been bucketing down with rain and blowing a gale.

I still headed out.

To get that bit closer.


From Couch to 5k: Was there anything I didn't like?

There were a couple of times when the app cut out before I finished the final run and it didn't record anything.

It was annoying at the time.

But, I just redid the days. And to be honest, it's probably made me a stronger runner.

Also I don't know whether it was the app, or my phone that caused the problem.

All in all, I've really enjoyed using it.

From Couch to 5k: Your Turn

Have you gone from couch to 5k?

Did you use an app? Or did you do by yourself?

We'd love to hear your experiences. Leave your comments below. 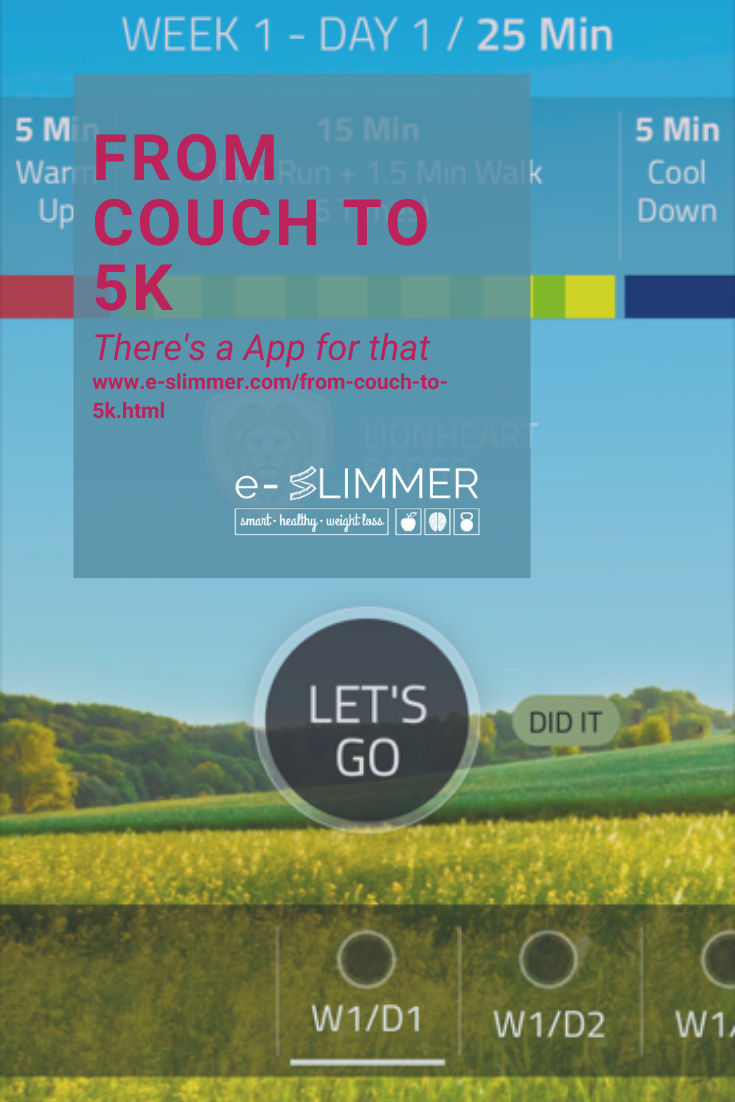 Have your say about what you just read! Leave me a comment in the box below.
FacebookTwitterPinterestTumblrRedditWhatsApp