7 Ways to Spot a Fad Diet 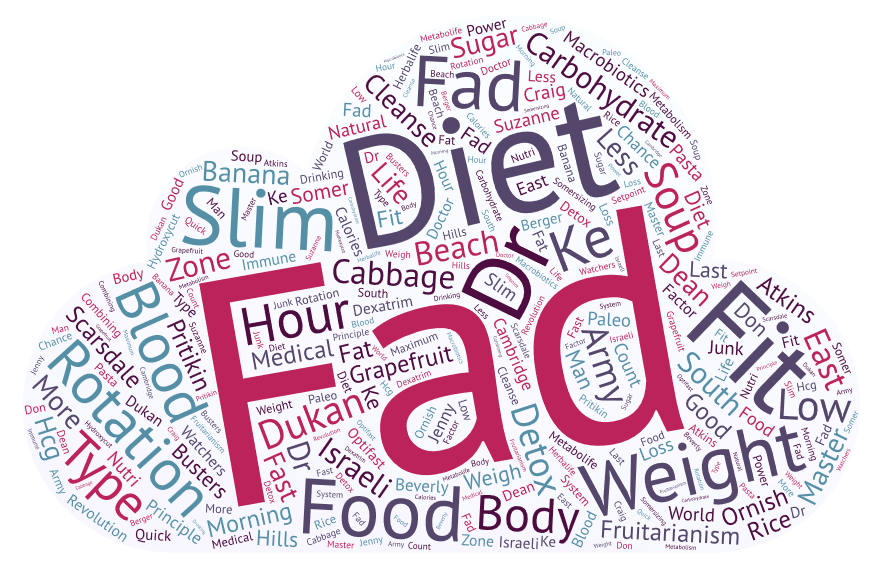 I bet you’ve tried one.

The latest diet fad that is.

The one all of the celebrities are on. The one that is going to be the answer to your prayers.

But the thing is, these diets are usually just fads. All the rage one minute, resigned to the bargain bucket the next. And the problem with diet fads is, they aren’t healthy. They’re not a sustainable way of eating.

So, how do you spot one? Whats a Fad Diet?

1. Whats a Fad Diet: You’re Given a List of Good Foods and Bad Foods

If you’re told what to eat and what to stay away from, without any investigation of what works for you as an individual, then alarm bells should start ringing.

Most diets allow vegetables in abundance. But you may have trouble processing them, leaving you feeling bloated, gassy and generally quite crappy.  And this will be at a time when you should be feeling amazing.

That’s not going to be an incentive for you to carry on.


2. Whats a Fad Diet: They Cut Out Complete Food Groups

Being told to cut out complete food groups is a sure-fire sign that you’re heading into fad diet territory.

There is a bit of a disclaimer here, there are certain conditions, pre-diabetes for example, that would do better on a low carb diet. But these recommendations should come after a detailed history has been taken and there should always be a plan to return to a healthy, balanced diet if the condition clears up.

Why shouldn’t the general population cut out complete food groups?

Because it’s just not healthy.

If you cut out fat you’ll be missing out fat soluble vitamins like A, D E and K.

If you cut out carbs you’ll be missing out on fibre, energy and vitamins.

On top of that it’s very hard to stick to a diet that’s very restrictive. And we all know, if you can’t stick to it in the long term, you’ll put the weight back on when you go back to eating ‘normally’.

The Atkins diet is a classic example. At the beginning people feel full of energy and raring to go. But it’s not long before energy starts to dip. Cravings start to call. And carb rage rears its ugly head.

A balanced diet, containing protein, fat, carbs, lots of vitamins and minerals and a bit of what you fancy, is the only way you can stick to your healthy lifestyle and keep the weight off.

I’m not denying that cutting out either carbs or fat won’t yield fast result. They really will. They just won’t yield permanent results.


3. Whats a Fad Diet: It Sounds Too Good To Be True

The key to healthy weight loss is sustainable lifestyle changes.

It’s not sexy. It’s not ground breaking. But it is true.

Anything that promises you can lose half a stone in a week is either lying, or will have you on such a drastic cut of calories or insane exercise programme, that you won’t be able to stick to it for longer than a week.

Healthy weight loss comes from adopting a healthy lifestyle that you can stick to.

Eating the right foods in the right quantities for the majority of the time.

Moving your body more, in a way that you enjoy.

If you don’t think you’ll be able to stick to it in the long term, or you think to yourself I’ll just do it to get the weight off, it’s going to be a fad.

Losing weight is a journey. One in which you should learn about yourself. What you like, what you don’t like. What foods agree with you. What triggers bad eating or a lack of exercise. What stresses you out and how do you deal with it?

If you take the time to learn about yourself, you’ll not only have a healthier life, you’ll be happier and slimmer, in the long term.


4. Whats a Fad Diet: They Have Cheat Days/Cheat Meals

I really don’t like the idea of cheat days or cheat meals.

The idea that having something you enjoy is a cheat just doesn’t sit comfortably with me.

But apart from that, if you have to have a day/meal where you can eat what you like, it usually means that the diet is very restrictive.

Losing weight healthily, permanently requires a change in your lifestyle. And you can only do that if you include a bit of what you fancy.

So, if you enjoy chocolate, have some. Just maybe not a large bar. If you love a burger and a pint, that’s fine, just don’t have one every night and compensate for it elsewhere.

Another problem with cheat days/meals, it is possible to consume way too much and undo all of your hard work for the rest of the week.

Don’t think of losing weight, or being healthy, as having to deprive yourself. Food is life. Find a way of eating that you enjoy. If you prioritise nutrient dense food, having a bit of what you fancy will become instinctive.

I might get shouted down for this, but pretty much any diet with a name is a fad.

Yes, there will be examples of people who have been helped by the diet, and some may even be able to stick to them. Although in my experience, people who have managed to stay on a diet have adapted it to meet their lifestyle. I often here the term ‘I’m Paleoish’.

That aside if you’re still researching weight loss, I’m guessing that’s not you. Those diets haven’t worked for you.

Eating foods that you enjoy and that you thrive on doesn’t have a name. It’s just the way you eat.

The only rules being, how does this make you feel? Do you like what you’re about to put into your mouth? If the food makes you feel crappy, are you willing to feel like shit for the taste?

Your diet. Your way of eating.


6. Whats a Fad Diet: You Need to do the Diet Again

This is one I hear a lot.

“I have to go back on such and such diet because it worked for me last year.”

Yes, it may have helped you get the weight off, but if you’ve put it all back on again, the diet didn’t work for you.

Losing weight healthily is about getting the weight off, and keeping it off. And the way you eat should get you there.


7. Whats a Fad Diet: You Have to Take/Eat/Spend Money on Supplements, Shakes, etc Instead of Eating a Meal.

Any diet that tells you to have a shake, tablet, tea, supplement, instead of eating a meal is definitely going to be a fad.

You have to be able to stick to your diet to keep the weight off after you’ve lost it. Are you going to be able to afford those shakes, supplements, whatever in the long term?

Now, supplements can come in handy if your diet is lacking something. Maybe you can’t tolerate diary very well, you may need a calcium supplement. Or if you don’t like fish very much, an omega 3 supplement would be in order. Protein powder can be useful for generally increasing your protein intake.

But they should be just that. A supplement to a healthy, balanced life and not a first port of call because your diet is generally lacking.


Whats a Fad Diet: Now You Can Spot a Diet Fad

In short, if you can’t stick to a diet it’s going to be a fad.

It may not have been a fad for your mother, best friend, Clare in the office. But this isn’t about them. It’s about you. It’s your diet.

Can you stick to that way of eating permanently?

If not, you’re likely to put any weight you’ve lost back on.

Find out what works for you.

What diets have been your fad?

Let me know in the comments below. 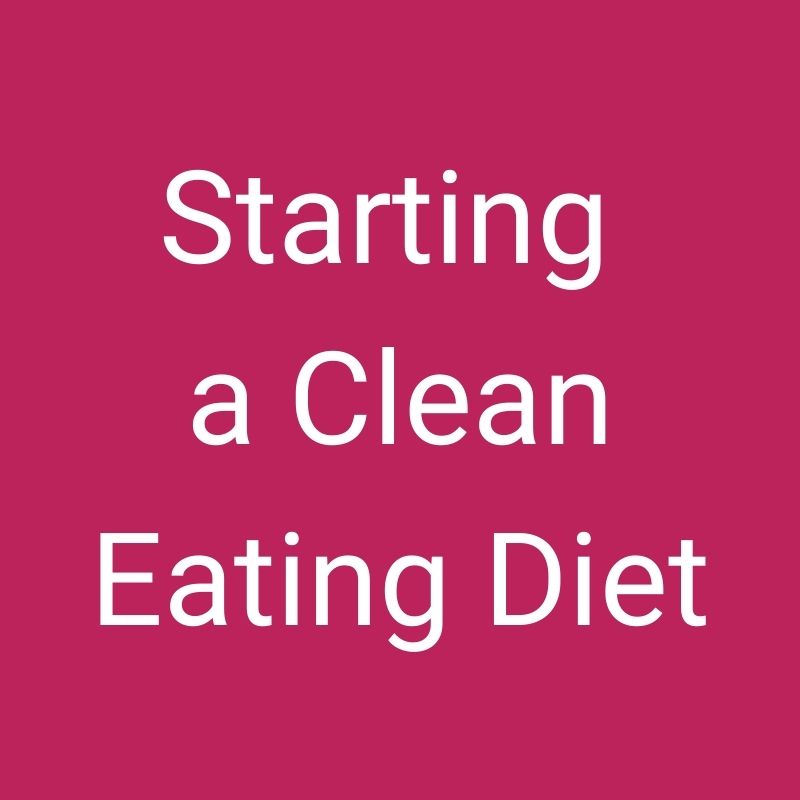 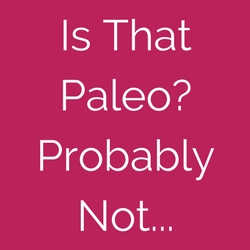 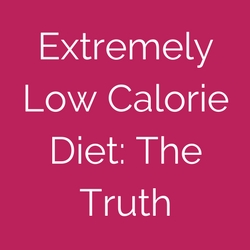